I have joined two swaps recently. The first was a swap through the Gecko Galz Yahoo group. Eleven people signed up and they were due Saturday. Well I was late. UGH!!! I hate being late but all the new responsibilities just haven't given me the time I like to create. Oh well...I live close and they went in the mail today so she'll have them by tomorrow.

My inspiration came from a beautiful tag I received as a gift from Angela Holt of Angela Holt Designs. I already had a general idea of what I had wanted to do but her gift just made my idea more concrete. I wanted to do a vintage looking angel. I didn't have a Gecko Galz image that I thought was right for this so instead I used an image from the Graphics Fairy. I used the two smaller sections of the TH Layered Angel Wings Die to create wings for her that would fit on an ATC. I sprayed the wings with three different Tattered Angels sprays; Viva Pink, Silver Sugar, and Suede. I added some ribbon and some mini roses in cream and pink that I bought at Alpha Stamps. The card base was made out of a DCWV Shimmer Matstack. They ended up being pretty simple but I was in a time crunch. I only had them partially finished when the deadline hit. If I had had more time I would have added some accents to the flowers and her ribbon on the image. Next time... 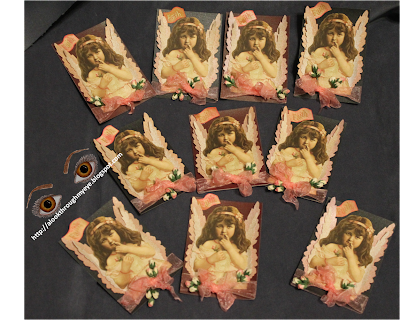 Do you like them better with the maroon or black background? 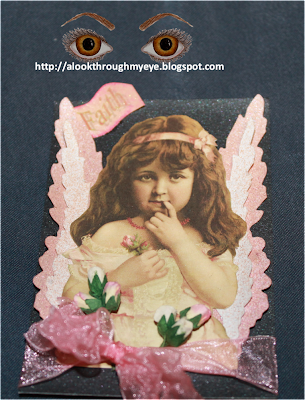 Today I'll work on the other swap. A little easier since there are only three of us in the swap and I still have time before the deadline so I'm not feeling rushed.

Thank you for leaving me your words of encouragement. Please do not leave negative comments, this is a happy place!

I Proudly Design For... 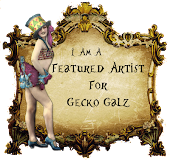 All contents of this website are Copyright © Deb Ochs-LaGrone of A Look Through My Eyes. All rights reserved. One photo from this site may be used in a "round up" type post as long as a link to me is provided.

This work is licensed under a Creative Commons Attribution-NonCommercial-ShareAlike 3.0 United States License. 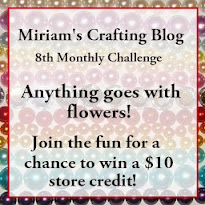 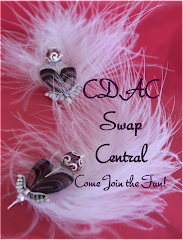 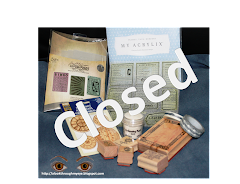 My Network of Crafty Friends 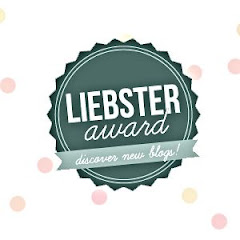 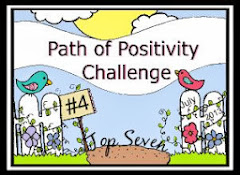 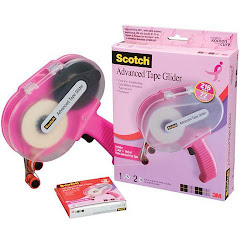 She has several other thing besides the pic once she gets to 500!